An exciting 185 FULL-COLOR pages of history and memories celebrating the 60th anniversary of the first graduates of CVCC!

A Place Where Trees Had Names: Poems

"The poem in Les Brown's A Place Where Trees Had Names are as carefully crafted as the unique pottery one might discover at one of his exhibitions. But like most poetry of significance, it's not just the polished form, but the range of knowledge and emotion that Brown, as a scientist, artist, and thinker brings to this vivid portrayal of a Blue Ridge childhood that create a dazzling experience for the readers." --Tim Peeler, author of West of Mercy and Checking Out

Bouquets Hadn't Been Invented Yet 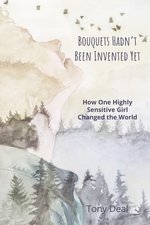 Storytelling is a powerful way to educate, inspire, and entertain the young and old. This tale of a mysterious Old Woman and a cave girl named Asha will hopefully help highly sensitive children see the advantages and accept the challenges of being a sensitive human. The story plays with the idea that maybe, at some point in human evolution, there was a mutation, or genetic change, that made the drudgery of mere survival more pleasant and livable. A move that resulted in bouquets, art, music, dance, skipping, and listening to the ones we love. If you consider yourself highly sensitive, if you have a child or grandchild who may be highly sensitive or are educating a highly sensitive child, then Asha may be an inspiration. Tony Deal spent his professional life working in every level of public education, i.e., teaching fifth grade, coaching middle school, teaching high school special education, spending thirty-five years as an instructor and administrator in a community college, and serving as an adjunct professor at two universities. His interest in highly sensitive people is both professional and personal. He is one. He has put his sensitivity to good use. He was personally responsible for putting a "History of the Golden Rule" poster in every Caldwell County classroom. He received the National Hospice Volunteer of the Year Award and was selected as the L.A. Dysart Man of the Year award for Caldwell County.Happily married for forty-seven years, he enjoys retirement playing Appalachian String music, volunteering for community events, and telling stories to his grandchildren. For more information on highly sensitive people, please read The Highly Sensitive Person: How to Thrive When the World Overwhelms You written by Elaine N. Aron. 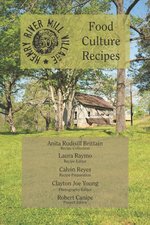 WHAT EXPLAINS HICKORY'S VIGOR? Its drive? Its ability to bounce back after times of trial and recreate itself stronger then before? There are, no dobut, many factors that, when each gerneration was called upon to answer came up with solutions borne of their time and their energy. But most have a commong thread. Pride mixed with tenacity were always key factors in the answer Hickory gave to trouble.

NEWTON: THEN&NOW, a collaboration with the Historical Association of Catawba County, the CVCC Photography Program, and Redhawk Publishing, as well as The Faith of Our Fathers Still Lives: Old St. Paul’s Lutheran Church.

Part memoir, part history, part art project, NEWTON: THEN&NOW portrays an important section of Catawba County and its people. Historian and reporter Sylvia Kidd Ray along with Historian Richard Eller converse in prose about photographs from the Historical Association of Catawba County, each re-shot by Catawba Valley Community College Students and combined in a brand new image of THEN&NOW.

"We See What We Want To See: The Henry River Mill Village"

We See What We Want To See: the Henry River Mill Village, Photography, Poetry, and History by Clayton Joe Young, Tim Peeler, and Kelly Carroll is a hybridization of artistry and scholarship.

The book is a project born of fascination with the Henry River Mill Village off Interstate 40, exit 119, just outside Catawba County.

Built in 1904 and incorporated as the Henry River Manufacturing company, the village has approximately 35 houses rented inexpensively to employees of the mill.

To bridge the transition from an agrarian culture to one of industry, each house had enough ground for a garden and to keep a few chickens and other farm animals.

What the owners created is a believable facsimile of the farm house the mill workers grew up in, therefore, giving them comfort in changing times.

Most of the workers knew that farming and country life was hard; what a hailstorm could do to a field of tobacco; what an abundant corn crop did to corn prices. However, the pay envelope from the mill came every week without fail, so the workers owned the best of both worlds, creating their “seeing what they want to see,” the title and emphasis of the book.

Please contact Robert Canipe at rcanipe@cvcc.edu to reserve a copy of the limited hardcover run at $29.95.

How a North Carolina County Named Catawba Built a ‘Miracle' 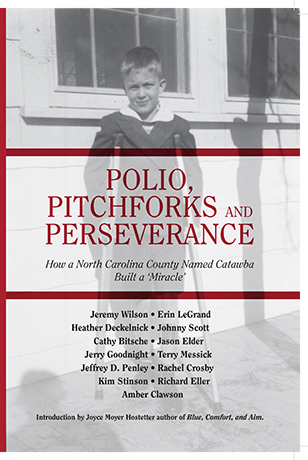 Polio, Pitchforks and Perseverance is a study of a ‘miracle,’ a look into a battle fought immediately post World War ii where a small community gathered together to fight an insidious nemesis similar those in the European and Pacific theaters...

Fourteen essays from a variety of disciplines cover the 1944 battle including essays on the time period, the disease poliomyelitis, the legal ramifications, personal interviews with survivors of the battle and a history and the creation of the Polio emergency hospital—the Miracle—in Hickory by the residents of Catawba County.

Get your copy of Polio, Pitchforks, and Perseverance: How a North Carolina County Named Catawba Built a Miracle at the CVCC Bookstore or as an eBook in Kindle format from Amazon.com.

This is a Redhawk Publication published by Catawba Valley Community College as part of an effort to display the artistic output of students, staff, faculty, and community.